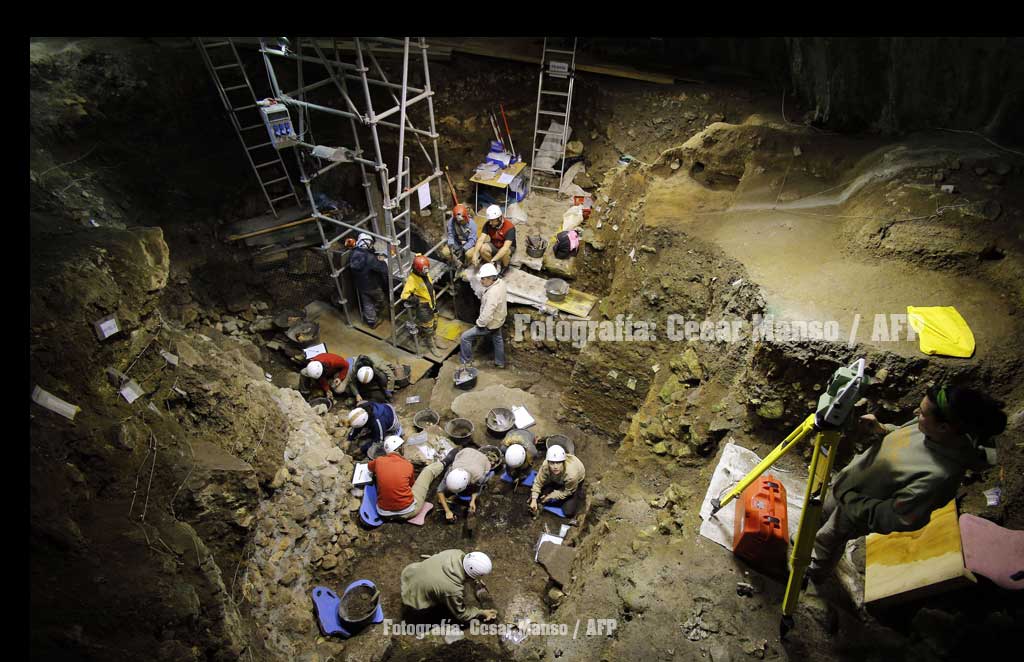 Here, the remains of 'Miguelón' were found

Fauna remains and flint pieces in the Mousterian style characteristic of the Neanderthals were found, dating from 45-50,000 years ago.

This site houses the greatest accumulation of human fossils in history. It may be the most ancient burying ground of humanity, the final resting place for nearly 30 individuals of the Homo heidelbergensis species, an ancestor of the Neanderthals. The research tells us it was a family group who inhabited this area 430,000 years ago. The skull of ‘Miguelón’ was found in 1992 and immediately catapulted the Atapuerca site to international prominence. Homo heidelbergensis was an athletic, stocky species that measured 1.85 meters tall and its weight could approach 100 kilos. With close to 7,000 human fossil remains belonging to a minimum of 28 individuals recovered over the last 30 years, the Sima de los Huesos at Atapuerca is the richest archaeological site in the world for human remains. There are male and female adults, adolescents and children. One girl who was treated to heal a fractured skull could be the first known case of compassion in the history of humanity. DNA analysis revealed that the individuals in the pit were related to those who lived in Denisova (Siberia) 40,000 years ago. Remains of bears, lions, wolves, lynxes and foxes were also found.