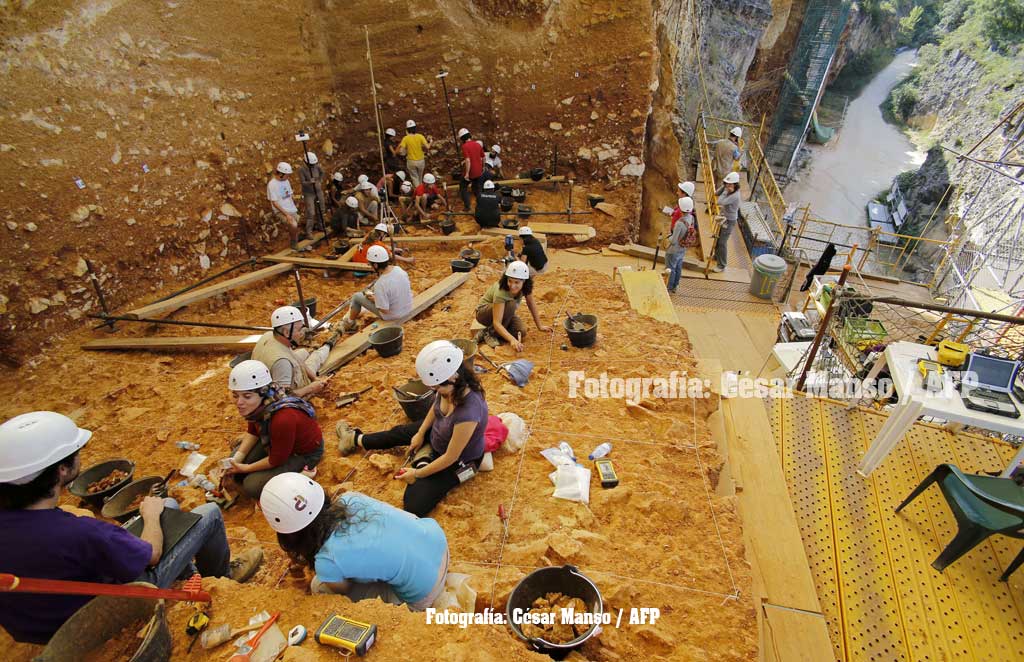 A 27 km of Burgos, your visit can know how we were many years ago

Atapuerca is one of the most important archaeological sites in all of Europe. Its uniqueness lies in the great number of remains located within the same area, making it a unique site for gaining knowledge of our ancestors. There exists a significant history of humanity that we only know through fragments and this site, due to the great number of fossils found within a limited space, facilitates and aids us in gaining knowledge of our species' development.

In 1976 Trinidad Torres, a scholar specializing in bear fossils, and members of the Edelweiss caving group collaborating with him, found the first human fossil remains in the Sima de los Huesos (Pit of Bones). Torres contacted his thesis advisor, Professor Emiliano Aguirre, who immediately recognized the scientific value of his discovery and encouraged the project. Systematic excavations only began in 1984 and have been overseen by Juan Luis Arsuafa, Eduald Carbonell and José María Bermúdez de Castro since 1991. A succession of later discoveries have positioned this as one of most significant sites we have for gaining knowledge of our human evolution.

Located in Burgos province, it is the archaeological site with the greatest number of human fossil remains in the world, and includes these areas:

- Trinchera del Ferrocarril  (Railway Cutting): Some works to build a railroad discovered the dawn of the first Europeans. It includes the spectacular sites of the Sima elephant , the Gran Dolina and the gallery. In the Gran Dolina dubbed the remains of 'Homo antecessor' were found.

- Cueva Mayor (Main Cave): With gallery heights and the Sima de los Huesos has a real treasure for how many years we were done.

- Cueva del Mirador (Lookout Cave): This collective burial shows the more humane and sensitive side of our ancestors.

- Fuente Mudarra (Mudarra Spring): Near Rio Pico , was a place that our ancestors used to hunt and carve their utensils.