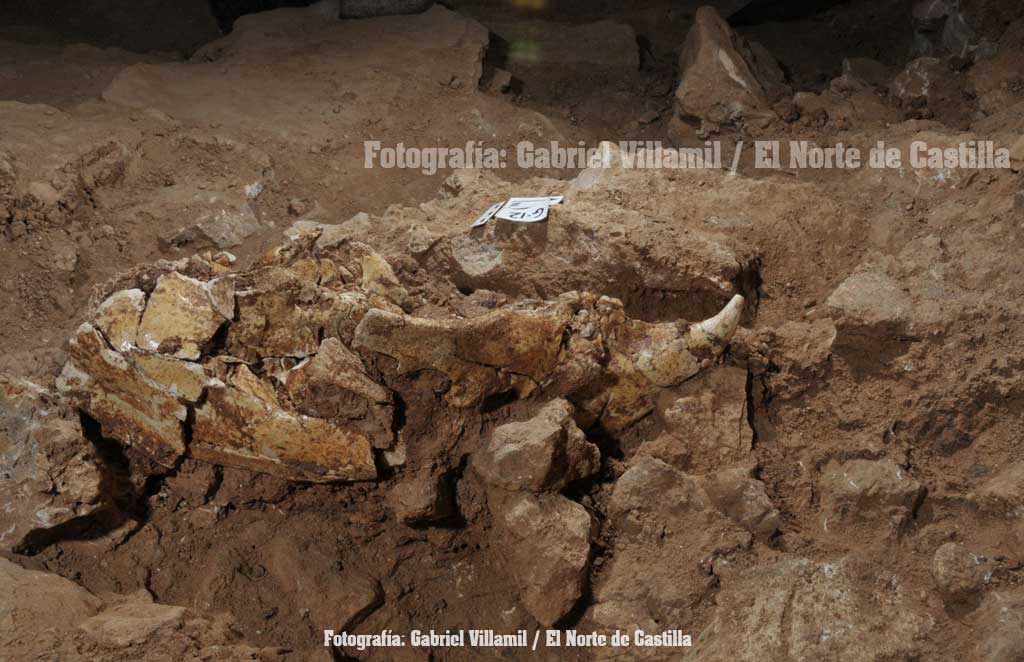 This area includes these sites:

Remains of mammals like beavers, deer, horses and birds of different sizes have been recovered dating from 1.2 million years ago. A human jaw found in 2007 was dated as 1,200,000 year old.

Over 60,000 fauna remains and 12,000 stone artifacts dated as 370,000 years old have been recovered in this area. The surprise was finding human remains of a new species dating from 850,000 years ago. It was baptized Homo antecessor, a hominid who came to Europe from Africa and was a common ancestor of Neanderthals and sapiens. The remains also show that cannibalism existed in those times since at least 10 individuals, most of them children, were devoured by their fellow humans. Scientists tell us the camp was attacked by other individuals who celebrated that great cannibalistic feast.

The remains of a very unusual bear, Ursus dolinensis, were unearthed, among them a complete skull which greatly aided in verifying the evolutionary tree of this species.

Remains of fauna and flint tools made around 250,000 years ago were recovered. Research showed us it was employed as a natural trap, as the cave opened on to a cliff 16 meters high, enabling the humans to send animals tumbling over the cliff and later use them for food. A Homo heidelbergensis skull and jaw were found here.