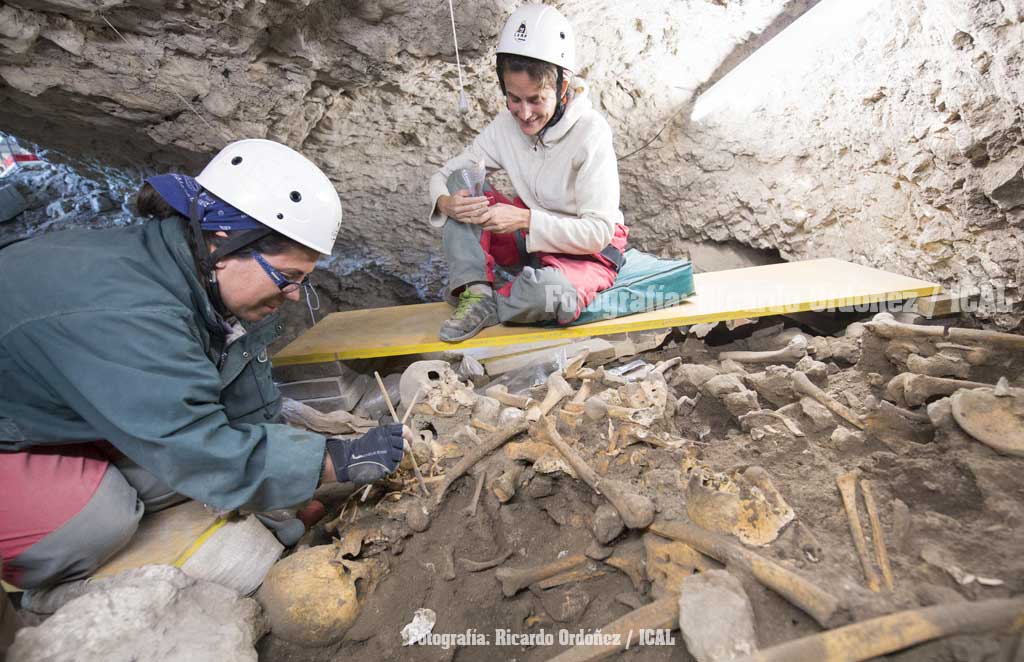 Inside the Atapuerca site, this is a grave with over 4.000 years ago

This is a collective grave over 4,500 years old, where the remains of 23 Homo sapiens individuals were uncovered.

This burial site makes evident the existence of different treatment given to the deceased individuals. We found the fossilized remains of a young woman approximately 15 years old who could have been a prominent person in the community. There are many differences compared to the other remains: there are offerings, an individual burial off in one corner of the space, and she wore ornaments around both her neck and waist. Bone remains of collective burials were also found and, separately, human remains that were subjected to cannibalism.

Another discovery were seashells (dentalium) used to fashion necklaces and adornments that revealed a certain degree of commercial activity, as these marine elements were not found in the natural environment around Burgos.