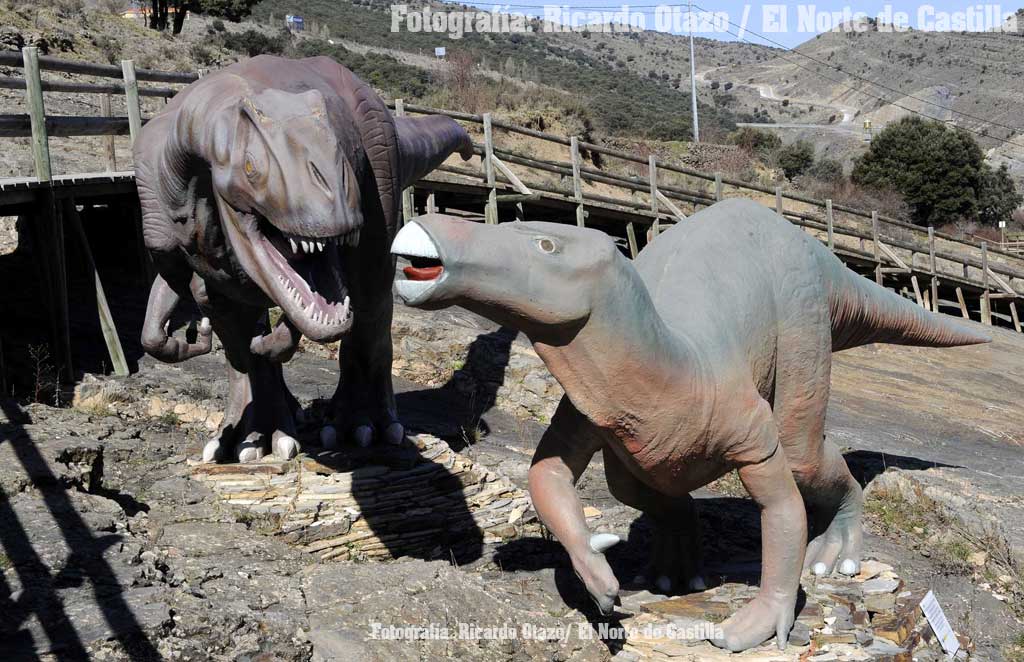 Some of the sites boasting over 3,000 tracks are found within the town limits of Enciso.  The town is home to these sites:

Valdecevillo site: It is undoubtedly one of the most interesting sites in La Rioja and also one of the simplest for a dinosaur enthusiast to interpret. The three-dimensional replicas placed at the site enable us to have some idea of the actual features of the dinosaurs. All the models are constructed based on the track remains, so they are a faithful representation of the latest conclusions that researchers have reached concerning the remains found in the area. The trail, easy to spot and well-marked, proceeds uphill to the Senoba site, one of the first to be studied in the region and also one looking out over a magnificent landscape.

Poyales Site. Here we encounter the long trail of an animal that is frankly peculiar and, as has happened on other occasions, was first described here for Science: Teroplantigrado encisiensis. Two details distinguish it from the rest. First, it is a plantigrade and walks bearing its full weight, as we ourselves do, not only with the toes like most dinosaurs.  The second feature is a membrane between the fingers, like the present-day duck, which indicated it was particularly well adapted to water environments.

La Cuesta de Andorra and Navalsaz sites: This site is difficult to interpret since the vegetation prevents us from seeing it as a whole. Nevertheless, one of the largest tracks ever found in our region to date is here, belonging to a gigantic iguanodontid.

The Navalsaz site presents a very long trail by another large iguanodon. The enormous size of the track is so spectacular that we can sit down comfortably inside it. A snapshot of another era.